Is Cannabis Part of an Alzheimer’s Cure?

Scientists at the Salk Institute labs in San Diego have published preliminary evidence that tetrahydrocannabinol (THC) and other compounds found in cannabis can remove amyloid beta, the toxic protein most commonly associated with Alzheimer’s disease.

Officials at the Salk Institute cautioned that the results, published in the June issue of the journal Aging and Mechanisms of Disease, shouldn’t be taken as a sign that cannabis is a panacea for Alzheimer’s. The studies were conducted in neurons grown in a laboratory, and may eventually offer insight into the role inflammation plays in the disease. The Salk Institute’s work could end up providing clues about developing novel therapeutics for the disorder.

“Although other studies have offered evidence that cannabinoids might be neuroprotective against the symptoms of Alzheimer’s,” said David Schubert, the study’s senior author, “we believe our study is the first to demonstrate that cannabinoids affect both inflammation and amyloid beta accumulation in nerve cells.”

Alzheimer’s disease is a progressive brain disorder that leads to memory loss and can seriously impair a person’s ability to carry out daily tasks. According to the National Institutes of Health, it affects more than 5 million Americans, is the nation’s most common cause of dementia, and is a leading cause of death. Alarmingly, the incidence of Alzheimer’s is expected to triple during the next 50 years.

It has long been known that amyloid beta accumulates within the nerve cells of the aging brain well before the appearance of Alzheimer’s disease symptoms and plaques, according to the Salk Institute. Amyloid beta is a major component of the plaque deposits — a hallmark of Alzheimer’s — but the precise roles of amyloid beta and the plaques it forms remain unclear.

In the study published last month, Salk researchers found that high levels of amyloid beta were associated with cellular inflammation and higher rates of neuron death. They found that exposing the cells to THC reduced the amyloid beta protein levels and eliminated the inflammatory response by nerve cells.

“Inflammation within the brain is a major component of the damage associated with Alzheimer’s disease, but it has always been assumed that this response was coming from immune-like cells in the brain, not the nerve cells themselves,” said Antonio Currais, a postdoctoral researcher in Schubert’s laboratory and the first author of the paper.

“When we were able to identify the molecular basis of the inflammatory response to amyloid beta, it became clear that THC-like compounds that the nerve cells make themselves may be involved in protecting the cells from dying.” 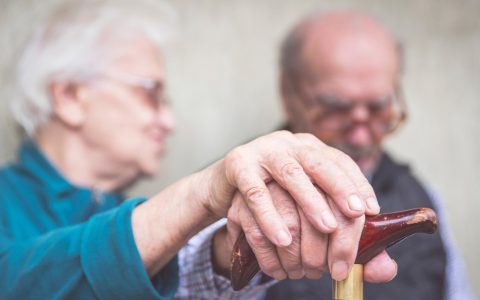 The human brain has receptors that can be activated by endocannabinoids, lipid molecules produced by the body and used to send intercellular signals in the brain. THC, a phytocannabinoid (that is, a cannabinoid produced by a plant) can activate the same brain receptors.

The current study is one of many looking into how to slow or halt the progression of Alzheimer’s. Physical activity also results in the production of endocannabinoids, and some studies have shown that exercise may slow the progression of the disease. As Schubert emphasized, his team’s findings were conducted in exploratory laboratory models, and any future use of THC-like compounds as therapy would need to be tested in clinical trials.

Smoking With Aluminium: Safe or Dangerous?
While some stoners practice using aluminium foil to create DIY bowls and pipes, others claim it to be extremely dangerous for the human health. But who is right? Let us take a closer look at the issue.

What Is Marijuana's THC Molecule and How Does It Affect Your Brain
When Dr. Rafael Mechoulam, an Israeli professor of chemistry and laureate of the Emet Prize, first began his study on marijuana in the 1960s, the main problem he faced was legally obtaining the plant for scientific purposes.

How can medical marijuana help with… ALZHEIMER'S DISEASE?
Alzheimer's disease is a chronic neurodegenerative (brain-damaging) disease that typically starts at old age, and worsens over time. Before development of modern brain diagnostics, AD has not been recognized as illness, but was characterized as mental condition associated with aging.